Sara Bareilles, famously known for her top hit songs “Love Song” (2007) and “Brave” (2013) is a singer, songwriter, and musician. She has a selection of albums filled with relatable lyrics and heartfelt piano riffs. Sara Bareilles recently added more credentials to her resume by becoming a Broadway composer and lyricist. Both the music and the lyrics in the Broadway musical Waitress were written by Sara Bareilles.

Waitress is the first Broadway musical that has had an all-female creative team. 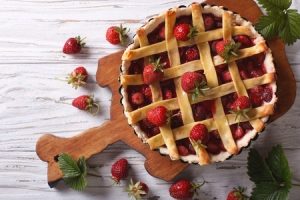 For women aspiring to be directors, choreographers, or writers, Waitress serves as inspiration that it can be done and it finally has.

The closest to an all-female creative team that Broadway has seen was in 1978. Elizabeth Swados individually did the book, score, direction, and choreography for the show Runaways.

The show was inspired by Adrienne Shelly’s 2007 indie film and motion-picture, Waitress. Many Tony winners are casted in the show, including Nick Cordero and Jessie Mueller. The show is about Jenna, (played by Mueller) a pregnant waitress who is incredible at baking pies. She feels trapped in a small town and loveless marriage when a baking contest could earn her a second chance and she is forced to consider all of her options.

Bareilles spoke on how she was inspired to make herself a name on Broadway,

“There were moments in the film that emotionally swelled and I could see how the experience might be deepened with a song.”

Her decision to start a Broadway career, among many personal essays can be read in her memoir, Sounds Like Me: My Life (So Far) in Song. Tickets are currently available for Waitress through the Brooks Atkinson Theatre in New York City.The show opened in April 2016 and is still running strong.

Are you planning to see it? We would love to know.