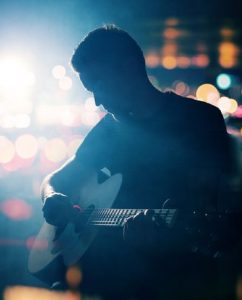 What are some common issues musical talents face?

For starters, a singer or band member wants to be loved, but not everybody will love them. Indeed, many people share their music online, at gigs, etc., only to find out some people are saying negative things about them. This happens all the time. If you’re going to put yourself out there, expect to be both praised and criticized. It can be really hard to read online comments left by people who say awful things about your music. Or there can be times when you’ve just performed live and people will actually insult you to your face. There are a lot of egos involved in music, such that you’re bound to make some people jealous, insecure, and/or angry with what you do and how you do it. If you’re in music long enough, you truly have to develop a thick skin and press on, despite negativity, rejection, and other people’s bad attitudes.

Next, there’s the issue of money. All too often, money becomes a major issue with musical talents. They think they should be getting paid big bucks, but they don’t. “I thought I’d get $2,000 for this gig, but they only want to pay me $200!” Well, that happens often. Venues and organizations are notoriously stingy with what they’re willing to pay singers and musicians for gigs. Oftentimes, music makers are asked to work for free. The person will tell them, “But it’s great exposure.” Well, exposure doesn’t pay for gas in the car or food on the table. Many musicians wish they were able to make a living doing what they do, only to find that they can’t make enough money to do music full time. Hence, they get other jobs to pay their bills– like bartender, graphic designer, or selling insurance.

Lack of an Audience

Finally, with live performances, there’s this problem: “No one comes to my show.” There are tons of musicians who give their heart and soul to their performance but have disappointingly small audiences. There may be times when you perform for a handful of people, even after your friends and family told you they’d come– but they never showed up. This can be endlessly frustrating. However, in the music business, one has to just plow through and move forward. Not every gig will be a winner, and that’s okay.

However, a couple of common denominators that all great musicians have is perseverance and a willingness to continue to work at their craft. If you enjoy making music, stick with it and do whatever you can to improve!