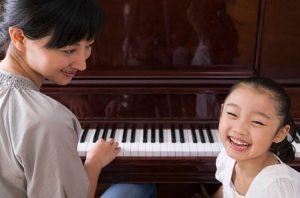 Did you ever notice how musicians get to say they “play?” While others “work,” musicians get to “play.” Isn’t that cool? When adults were kids, chances are they spent much of their days playing around the house, with various toys like dolls and diecast cars. Then, as they got older, for some odd reason, work replaced play as their main activity. But all work and no play makes Jack a dull boy, as the old saying goes. And it’s true. There are plenty of workers who could definitely learn to have more fun in life– to be more playful. They need more music in their lives.

What are some of the life lessons learned through music? For starters, play is encouraged more so than work. Music is playful. It’s fun. It’s interesting. It can be casual if it wants to. People look forward to music, they cheer for it, and they love it. When’s the last time someone cheered on a worker in a factory? Go to any nightclub, bar or restaurant where live music is played and you’ll hear applause and cheers. Music is a feel good activity that can lift other people’s spirits up– and for that, it’s prized and beloved.

Whether it’s a lifelong hobby or it becomes a way to make some money, musicianship is a journey or process that involves learning stuff along the way. Few, if any, pick up an instrument and know how to play it like a master the first time they touch it. Learning about playing music takes time. In a world where people expect instant gratification, music teaches us patience and perseverance. Over time, we can get better, with much practice, time and devotion to what we’re doing, from singing to playing a guitar.

Interestingly, with music, mistakes are okay. They will happen– even to “the best of them.” And when they do, a musician has to press right on through… amateurs will either freeze up and leave the stage crying or they will stop and apologize. But those who’ve been making music a while and/or professionally will know that mistakes aren’t the end of the world and they can just soldier on. Half the time audiences don’t even know a mistake was made!

Perhaps what really gets others going, causing them to cheer and clap, is the sight of someone wholeheartedly “giving it their all.” From music, we learn that pursuing your passion is a good thing that can genuinely entertain and enliven other people’s lives. Imagine if music makers like The Beatles, Tina Turner, Billy Joel, Taylor Swift and Michael Jackson never made music– the world would be a worse place. Musicians who are passionate about what they present to the world have a way of literally becoming world changers for the benefit of people’s lives globally. Just look at YouTube videos of great performances and read the comments– songs can inspire people, and, in some cases, even save their lives.

Finally, pursuing music opens people’s minds up and challenges them. Maybe they’re prejudice but they discover music made by someone who doesn’t look, act, or think like they do, and the music is so great that they can’t help but accept that person’s differences. The power of music to tear down walls between people is amazing.

Being a singer or musician is a good thing; Sing Like A Star offers lessons and classes if you want to become better at your musical pursuits. Take advantage of online vocal lessons and/or take classes at our Georgia studios.

One Response to “Life Lessons Learned Through Music”